2022-01-26: This article has been updated upon learning that McNamara is no longer working for LVHN.

This past fall, hackers released a trove of data from Epik, a domain registrar and web hosting company notorious for hosting far right content. If you have 180 GB to spare, you can download the entire leak from DDOSecrets’ wiki on Epik. We requested and received a series of csv files containing records for Pennsylvania domain registrar customers from Panic! in the Discord research collective before they closed up shop in November.

The leak includes, among other things, customer names and addresses associated with the Proud American Patriot Network (PAPN), a far right militia with direct ties to the Three Percenters. PAPN has already been covered by Bucks County reporter Cyril Mychalejko and Jared Holt of Right Wing Watch & DFRLab. Our understanding of PAPN depends heavily on Mychalejko & Holt’s reporting.

The organization was founded in 2020 by husband and wife Theodore “TJ” and Brittany Kosin of Doylestown. The Kosins initially came onto the right wing activist scene as Three Percenters, but started to distance PAPN from the militia network since the Capitol riot (J6). This has been a trend nationwide, according to Holt. In July, the Canadian government listed The Three Percenters as a terrorist organization.

In late August, PAPN planned a protest of the Bucks County School Board over mask mandates. The event was sponsored by PAPN & “The Parents of Central Bucks School District,” according to flyers. A grassroots campaign against the protest was started on Facebook, and successfully got it shut down. After this failed protest, PAPN engaged in typical public relations, denying ties to the Three Percenters, even denying that they were a militia.

Mychalejko’s research clearly contradicts these statements, as does the site history on the Wayback Machine at archive.org and PAPN’s recent decision to rename their scholarship program after Kyle Rittenhouse. 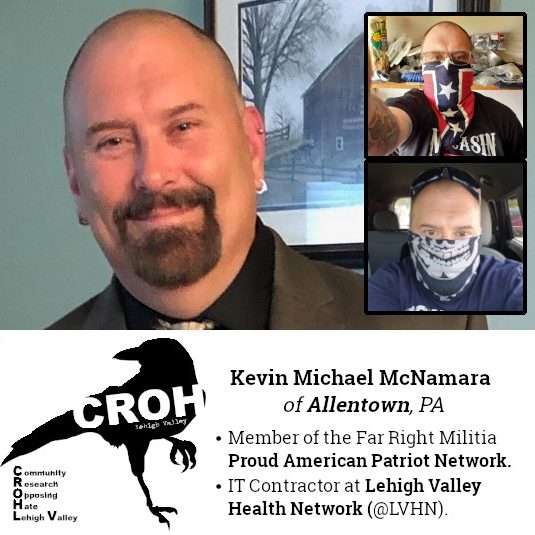 CROH would like to introduce you to Kevin M. McNamara (52) of Allentown. McNamara is a software developer who previously worked for the Lehigh Valley Health Network and webmaster for various domains associated with PAPN, including <proudamericanpatriotsnetwork.org> and <forumpa-pn.org>. Despite being an Epik domain, <pa-pn.org> was not listed in the leaked data. The Wayback machine shows that <proudamericanpatriotsnetwork.org> started to redirect to <pa-pn.org> at some point between April 16 and August 17, 2021, so it is possible that the domain was purchased after the leaked data was obtained. These domain records include TJ and Brittany Kosin’s names, as well.

McNamara’s Facebook profile is full of far right dog whistles and memes. He has posed in a confederate flag mask, as well as the skull mask popularized by the neonazi paramilitary group AtomWaffen Division.

We were able to confirm his former employment at LVHN on his Facebook and LinkedIn profile. 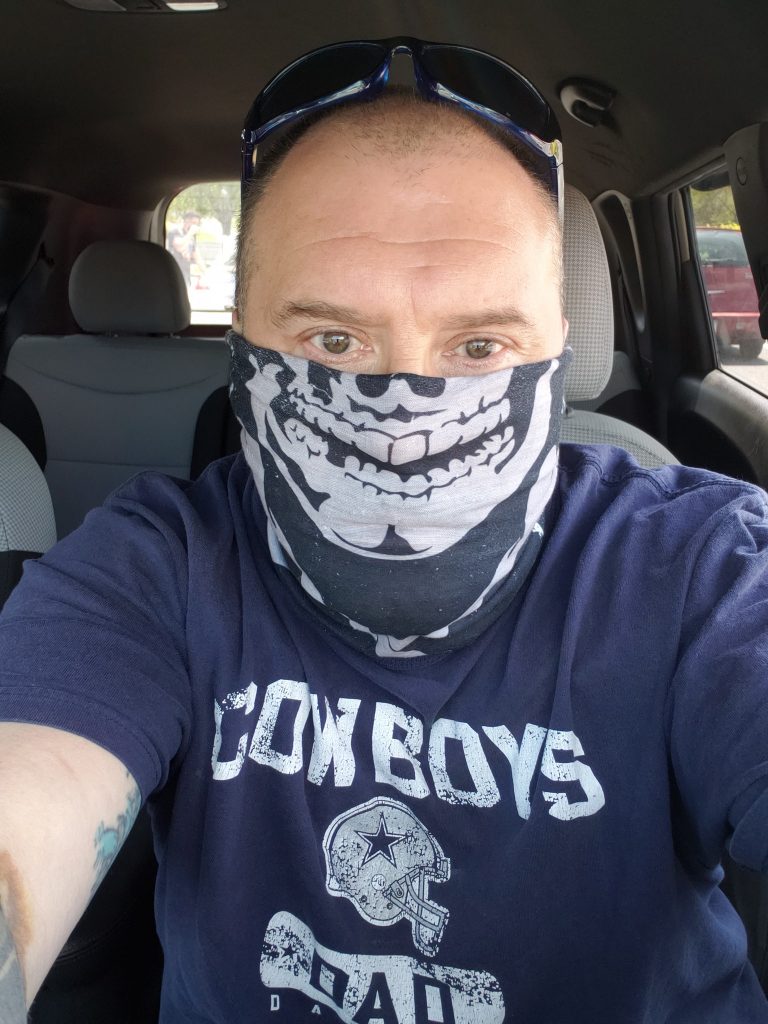 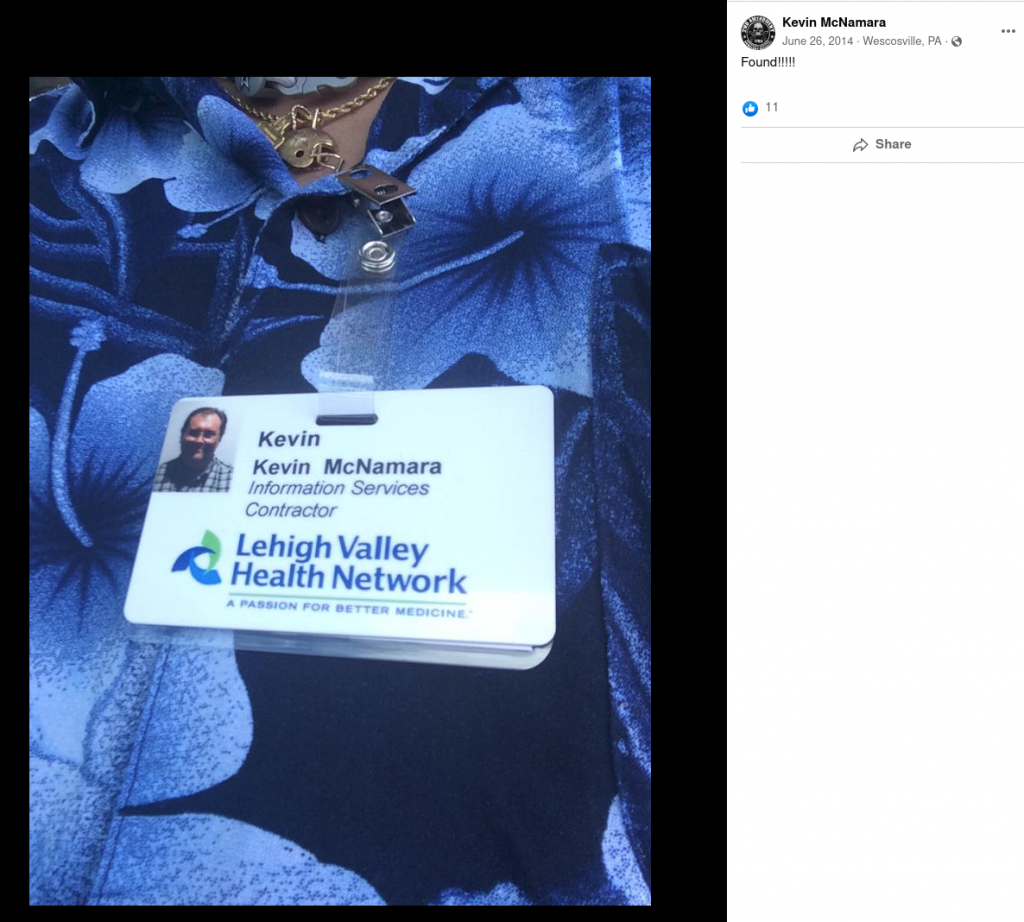 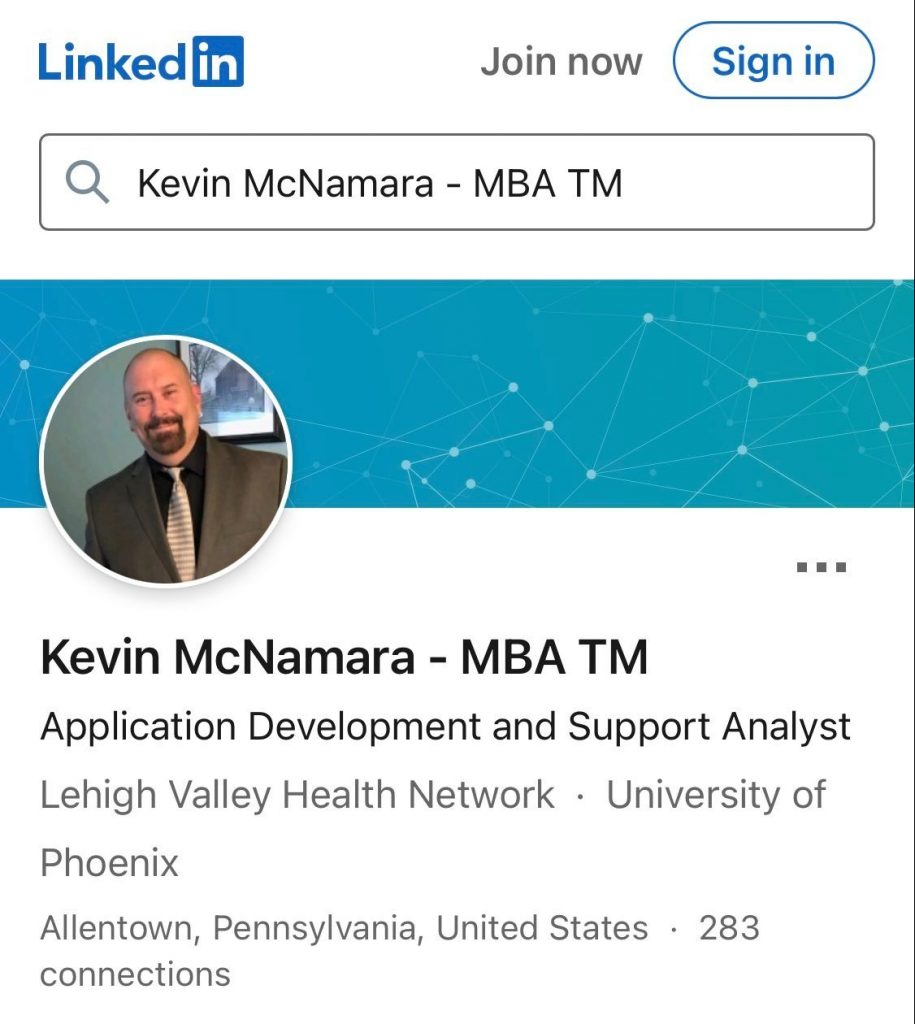