On February 3rd 2021, a student group called Kutztown University Activists (KUA) released a trove of racist, Islamophobic, transphobic, and conspiracy-driven public Facebook posts by Kutztown University Police Officer Alan Swartz. The content was shared to KUA’s Instagram account along with a petition and call for accountability in response to Swartz’s clear prejudice and bias. The student demands included not only the removal of Officer Swartz from KU’s Police Department, but also the creation of an accountability board comprised of students, faculty, and staff; a board with the power to discipline university police who engage in wrongdoing or display overt bias. Swartz, President of the PASSHE Officers Association, has been with the department since 2012.

On February 3rd, Swartz’s Facebook page was public for anyone to see. The posted content included images supporting Kyle Rittenhouse, a teenager who crossed state lines with an illegally acquired rifle, murdered two racial justice activists, and critically injured a third at a Black Lives Matter protest in Kenosha, WI. This post referred to Black Lives Matter activists with racially charged language. A second post featured a Confederate flag, with derogatory language painting those who understand the white supremacist roots of the flag as ignorant of history. This line of neo-confederate thinking is rampant among far-right bigots. It stems from the racist historical revisionism of “lost cause” ideology perpetuated by the Daughters of the Confederacy and other neo-confederate groups after the Civil War. Another post is riddled with content demeaning transgender individuals, immigrants, and abortion rights.

Additionally, Swartz’s posts displayed his belief in a false conspiracy peddled by the fascist MAGA and Patriot movements; namely, that the coup attempt these groups carried out at the Capitol on January 6th, 2021 was a false flag operation. Any analysis of the individuals charged for their role in the coup attempt reveals that nearly every person who breached the Capitol were supporters of the former President who believed they were acting on his explicit orders. And reporting by major publications and independent journalists alike has proven that the attacks on the building were planned and orchestrated by far-right individuals and organizations such as The Proud Boys.

On February 8th, Kutztown University Activists formally requested a meeting with university President Hawkinson, Dean McCargo, and Chief Dillon to address the recent revelations about Alan Swartz’s bigotry. KUA — taking the pandemic into account and wanting to ensure the safety of all involved — suggested a zoom meeting between university admin and the activist group, moderated by a faculty member approved by both parties.

On February 10th, President Hawkinson replied, denying the meeting request and citing he “cannot discuss personnel matters.” To be clear, this is a cowardly bureaucratic side-step. As President Hawkinson well knows, this is not a small rule violation that can be handled quietly and internally. This is a revelation that the students of KU have (since at least 2012) been under the thumb of a bigot. The investigation was completed on February 3rd, 2021. It was carried out by the students. That Swartz remained employed by KU on February 10th was already an egregious failure to meet the safety needs of the students.

And yet, weeks went by with no update. In response to the university admin’s lack of transparency, and the continued employment of bigoted officer Alan Swartz, KUA decided to organize a rally and bring attention to their demands.

On March 10th, members of KUA (along with allied organizations) demonstrated at Kutztown University’s Stratton Administration Building to highlight their concerns and demand a response from administration. They rallied in opposition to Alan Swartz’s bigotry, and re-affirmed their demand for an open and transparent body of faculty, students, and staff with the authority to review the conduct of Kutztown University Police. 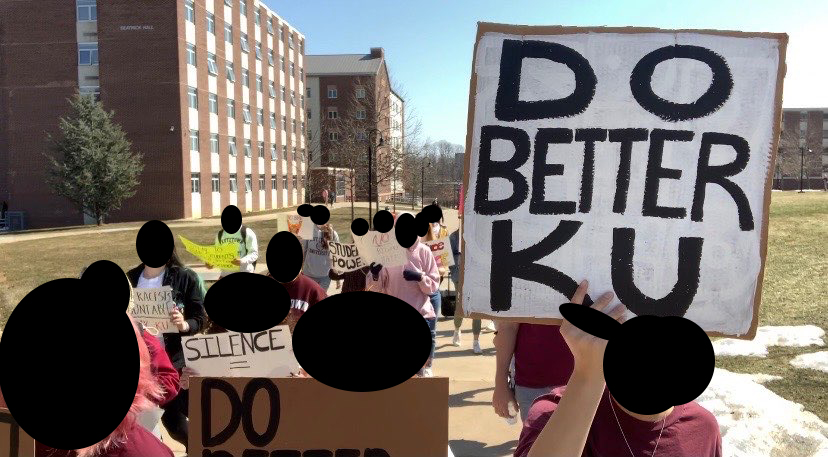 Remarkably, as of the date of this article’s publication (over 5 weeks since Swartz’s posts were published by KUA), there has been no communication with the student community beyond “it is under review.” And as far as CROH is aware, Swartz remains employed by Kutztown University.

The fact that Alan Swartz posted these messages publicly indicates the extent to which he not only believes in this content, but also that he holds no fear of retaliation. The university’s silence on this issue validates his position.

This speaks to the role police play in the so-called United States more generally. Their job is not to defend community members (quite literally, as determined by this Supreme Court case). Rather, the role of police is to defend the property of the rich — or in this case, university property — and repress any social movement which would challenge the hierarchies that are required to maintain racial capitalism. Swartz’s racist, transphobic, anti-Muslim, conspiracy-deluded mindset is not the exception. It is the mindset required to enact the role of police officer in our current social and political conditions, and still be able to sleep at night.

And this issue isn’t something that exists here and there in a few pockets inside the so-called United States. As The Plain View Project has made clear through their published research, racist, anti-Muslim, and misogynistic attitudes pervaded virtually every police department they looked into. Most of the officers identified in their research remain on the job.

The whole of American policing is structurally racist and classist, from its roots in slave patrols and strike breakers, through the formalized, militarized forces that patrol our neighborhoods today. KU Public Safety will remain bigoted and inhumane even if Swartz is removed from the department. Not because of the “goodness” or “badness” of individuals in the department (though that does exacerbate things), but simply because of the role police play in our society.

The larger problem detailed above will require unprecedented political organizing to address, likely over the course of many years. But right now, in this circumstance, it is utterly unacceptable for Kutztown University students to be monitored by an individual who openly mocks their racial, gender, and religious identities online. It is impossible for students to be safe when someone who maintains incredible power over their lives, holds them in contempt based on their very existence. And this is not just theoretical, the following allegation — posted to KUA’s Instagram page — implies that Swartz’s personal beliefs do affect his conduct at work:

According to DataUSA, the demographic breakdown of KU’s student body is 77% white, 9% Hispanic/Latinx, 7% Black, and 1% Asian. While the demographics of a campus should in no way affect the behavior of ANY university employee, the fact that Latinx, Black, and Asian students remain under-represented communities at Kutztown makes their social situation and personal safety even more fragile. The KUA Instagram page documents many student allegations of uncaring, inhumane, and prejudicial treatment at the hands of Kutztown University Police Officers. These stories illustrate how the content that Alan Swartz posted online is not an isolated case of one “bad apple,” but rather the default culture of the entire department.

As KUA highlighted in their February 3rd Instagram post calling attention to Alan Swartz’s bigotry, “As college students, we are told to monitor what we post online due to the fact that future employers could see it.” The university teaches students to be mindful of their actions online. But through silence and inaction, university administration continues to tacitly endorse the deeply bigoted views of their employee. This is a reckless and hypocritical position to maintain. The presence of a bigot with this level of authority threatens the safety of every individual on campus. It must be dealt with swiftly. Every day that passes while Alan Swartz remains employed by KU is another reminder of the university’s complicity in maintaining the hierarchies of white supremacy.

CROH Lehigh Valley stands in solidarity with the members of Kutztown University Activists in their call to terminate Alan Swartz. We also echo their demand for a new, permanent accountability board so students have the power to protect their peers from bigoted officers in the future. Law enforcement doesn’t keep us safe. We keep us safe.